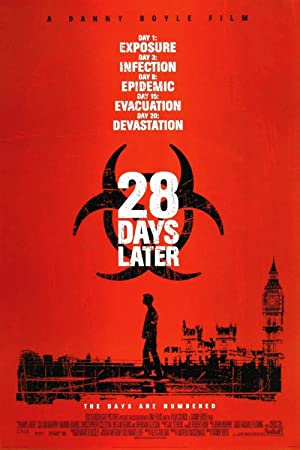 Four weeks after a mysterious, incurable virus spreads throughout the UK, a handful of survivors try to find sanctuary.