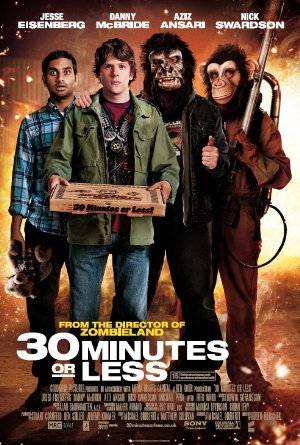 Two fledgling criminals kidnap a pizza delivery guy, strap a bomb to his chest, and inform him that he has mere hours to rob a bank or else...

kveroneau has this movie in their watchlist.