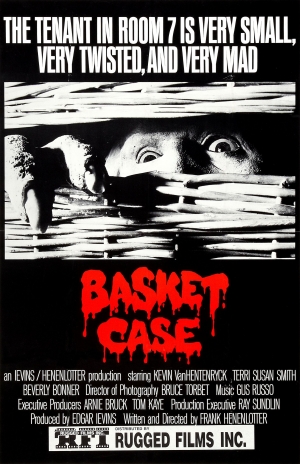 A young man carrying a big basket that contains his extremely deformed Siamese-twin brother seeks vengeance on the doctors who separated them against their will.