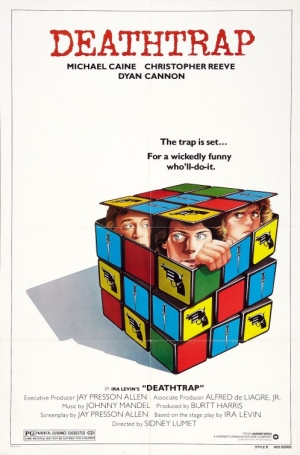 A Broadway playwright puts murder in his plan to take credit for a student's play.