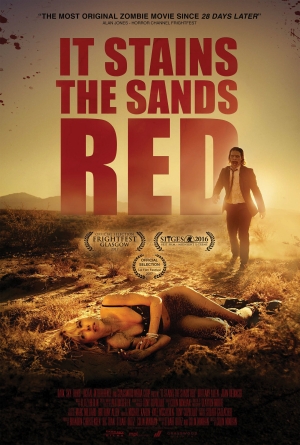 It Stains The Sands Red

In the throes of a zombie apocalypse, a troubled woman from Las Vegas with a dark past finds herself stranded in the desert with a lone and ravenous zombie on her tail.