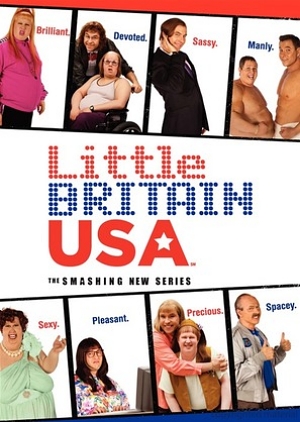 The characters of the original 'Little Britain' and some new characters feature in this comedic exploration of the modern American society from, and starring, British comedians Matt Lucas and David Walliams.