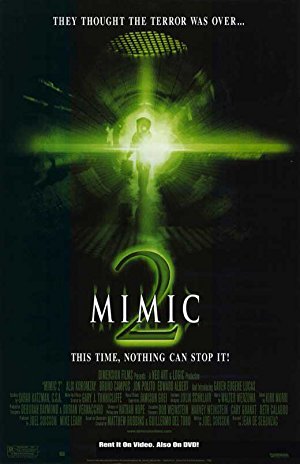 When a cockroach-spread plague threatened to decimate the child population of New York City in the original Mimic, biologist Susan Tyler and her research associates developed a crossbreed ...