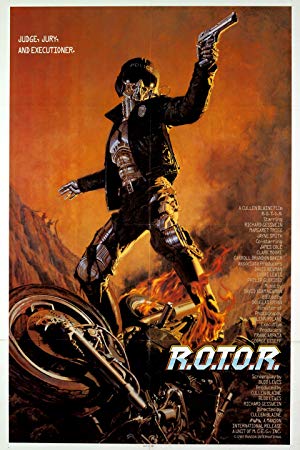 Robotic Officer Tactical Operation Research. A prototype robot intended for crime combat escapes from the development lab and goes on a killing rampage.