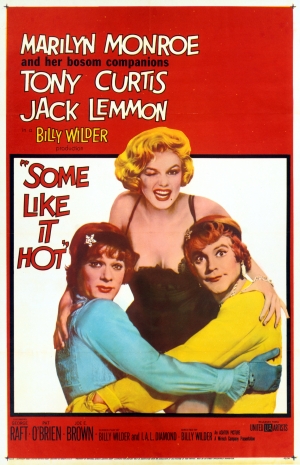 After two male musicians witness a mob hit, they flee the state in an all-female band disguised as women, but further complications set in.